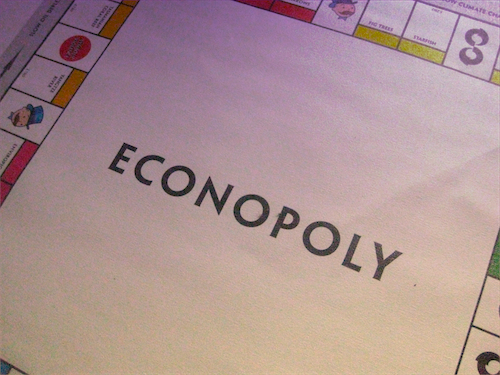 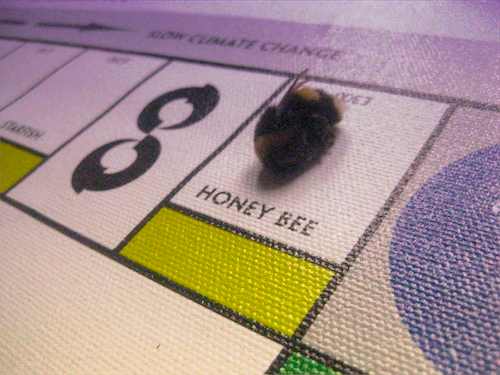 The language in the official UN documents promoting ‘The Green Economy’ published during the Rio+20 UN Conference for Sustainable Development last week is strikingly reflective of the language used by advocates of sustainability and even by social movements. In UN’s declaration ‘The Future We Choose’ certain phrases could have come from a Climate Camp press release; ‘the scientific evidence is unequivocal…the time to act is now!’ The document calls for ‘a great transformation’ and a recognition that business as usual is no longer sufficient in the ‘Anthropocene’ wherein we must live within the ‘safe operating space of planetary boundaries’. Are we finally making progress?

Unfortunately what we are witnessing is not progress but an undermining of decades worth of green politics by using of the language of environmentalism while rejecting any accompanying structural analysis of the origins of ecological problems. The UN Green Economy programme uses phrases and rhetorics devices of green movements. Unfortunately, these are neutered of political potential. The Green Economy is about creating new markets for ‘ecosystems services’, the basic provisions of the natural world, now considered ‘free’ such as water purification, plant pollination, carbon capture and maintenance of soil fertility. Creating new markets around these services sets the stage for the expansion of capitalism into the natural world – the global commons.

Financialization of Nature from ATTAC.TV

The Green Economy is a programme of fixing prices for natural resources once regarded as free. Well-meaning ecologists, scientists and environmental policy makers are now working towards the construction of infrastructure for the financialisation and commodification of ecosystem services. These processes attempt to protect Nature by accounting for ‘externalities’ of environmental damage through economic processes.

Meanwhile, green theorists and social movements claim that without a macroeconomic analysis of the dynamics of neo-liberalism these policies initiatives will reproduce and even increase current problems. Tragically, by bringing neo-liberal economic mechanisms into the sphere of nature, the global commons will be subject to an intensification of exploitation.

Alejandro Nadal, author of Rio+20: A Citizen’s Background Document, explains a fundamental error in the UN’s understanding of the management of the commons. The “global commons” is not what classical Romans called res nullius. Nadal explains that res nullius means that a thing has no owner and, therefore, anyone can appropriate it. Instead of having no owner, the global commons are commonly owned – they are res communis. The global commons must not be an object of private appropriation. We are a community – not commodities ripe for exploitation.

This is not simply an academic linguistic exercise. This is the basis on which the UN is establishing new policy to attempt to conserve biodiversity and relatively stable ecological systems. Yet in the privatization of the commons, the conservation of nature moves from a political sphere to become yet another aspect of modern life subject to the whims of the market. This will necessarily result in a rapid decline in democratic control as the market becomes the space where environmental decisions are made. In a document published last week, Raj Patel and Martin Crook describe the valuation of ecosystem services as a political phenomenon – yet the UN is establishing markets as a means of negotiating humankind’s relationship with nature: ‘No democracy, no debate, no discussion, just dollars’.

Civil society responded with a plethora of critical responses and by condemning corporate capture of the United Nations. Greenpeace released Greenwash+20 which describes the public relation strategies which enable companies to manufacture the appearance of being good environmental actors rather than actually following through on their commitments. BankTrack, a global coalition of civil society organizations condemned UNEP’s Natural Capital Declaration.

The most strongly worded critique of the UN official process was presented by the Indigenous People’s Global Conference on Rio+20 and Mother Earth in the form of the Kari-Oca 2 Declaration. This document describes the UN’s Green Economy programme as ‘a continuation of colonalism’. It declares unequivocally that ‘the Green Economy is nothing more than capitalism of nature; a perverse attempt by corporations, extractive industries and governments to cash in on Creation by privatizing, commodifying and selling off the Sacred and all forms of life and the sky’. The declaration firmly rejects privatization, market-based solutions, REDD and intellectual property rights over genetic resources and traditional knowledge.

Despite the decisive denunciation by Indigenous peoples, social movements and a large portion of civil society, the UN is now establishing the Green Economy as the official approach to sustainable development. Nature is being redefined as ‘natural capital’ as a prelude for the intensification of its exploitation. The same innovative but opaque financial mechanisms responsible for the economic crisis will be transferred to already endangered ecological system. The earth – the material, geo-physical context that makes social and economic systems possible – is necessarily the final frontier for capitalism.

Papers and resources on Rio+20 can be found here.

The photographed article above ‘Price to be put on every Hill and Lake’ is from The Sunday Times, Sunday 24 June 2012. Econopoly images by J.Boehnert 2012.

Error: Twitter did not respond. Please wait a few minutes and refresh this page.