Hopenhagen: Design Activism as an Oxymoron
Download the paper here.
Hopenhagen was an initiative by the International Advertising Association in support of the United Nations at the UN Climate Change Conference (COP-15) in Copenhagen December 2009. The UN Secretary-General Ban Ki-moon UN asked for help from the international advertising industry at Davos in January 2009. Hopenhagen took the form of an international public relations campaign culminating with an installation in the public square in central Copenhagen during the COP-15 summit. Hopenhagen created a feel good façade where corporate sponsors were helping governments save the world.

Meanwhile, many of the thousands of climate activists congregated in Copenhagen for the summit found Hopenhagen so offensive that they made the campaign and installation itself an object of their protests. Hopenhagen is a classic example of corporate appropriation of people’s movements and the subsequent neutralization of the messages demanding structural change and social justice. As such, Hopenhagen embodies the conflict within the concept of design activism itself. While design functions predominately as a driver of consumption, consumerism, globalization and unsustainable behavior; activism is concerned with social injustice and environmental devastation. Activists struggle to combat the forces of globalization by forming social movements and resisting corporatisation of the commons and everyday life; designers are normally servant of corporate entities. These two forces are integrally at odds.

Corporations want to appear to be doing socially valuable design. Yet creating a campaign around the idea of stopping climate change, as part of a branded exercise within a corporate culture committed to intensive fossil fuel infrastructure, is worse than useless because it institutionalizes hypocrisy. This paper will describe how Hopenhagen 2009 damaged genuine people’s movements at Copenhagen. It will also prescribe strategies for public exhibitions to avoid the appropriation of dissent. 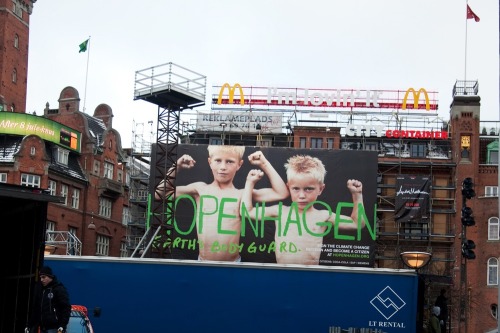 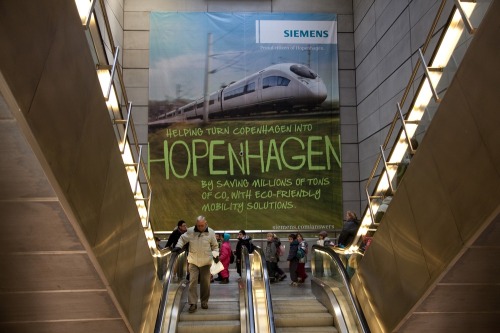 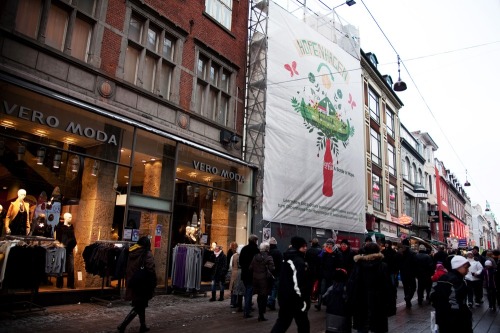 I presented this paper at the Design History Society conference Design Activism and Social Change in Barcelona September 9th 2011. The full paper will be available on their website shortly.

4 thoughts on “Hopenhagen: Design Activism as an Oxymoron”